We had a good turnout from club members but no visitors. Forecast was for dull/misty weather with only a 3/4 mph wind in the morning diminishing to nothing by mid-day and that’s what we got.
To say it was slow is an overstatement as you can see from the results only 8 races, just about everyone was up and down the fleet depending on whether you found what breeze was going. If you got a good start that also helped.
There wasn’t much in it between the top three but David Thomas was the one showing us the way round in mastering the conditions in the end better than most.
There was a lot of friendly banter and we enjoyed sailing a boat which hasn’t had much of an airing lately.
Come on all you Northern and Midland clubs blow the cobwebs of those Marblehead’s and join us on the next meeting which is on Wednesday 15th February 2017.
Check our calendar out for further competitions you can join us in.
Brian Quinn (Racing Secretary) 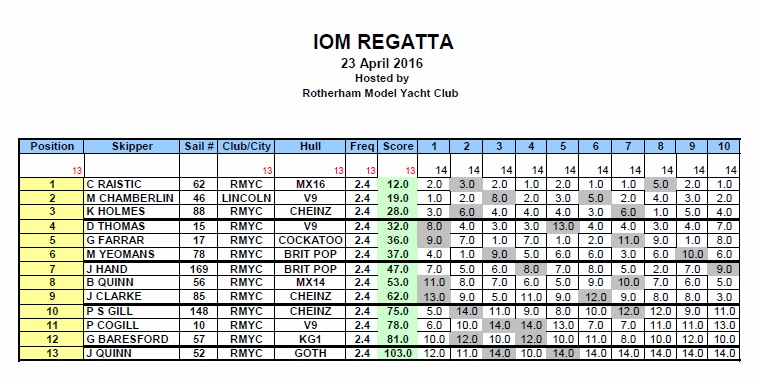 10 Dragon’s including three visitors from Lincoln and Manor Park entered the First Round of Rotherham Model Yacht Club’s Dragon Force / RG65 Winter Regatta which will now be on one Saturday each month.
In the first few races there were some challenging shifts as the boats tacked for the windward mark which was laid close to the shore, but as the wind filled in, tactics were simplified in the later races. The forecast was for 13 mph wind and showers and all boats used top suit; after the coffee break, the wind increased slightly producing challenging conditions for some of the sailors, but the rain held off during the racing.
Mick Chamberlain (46) from Lincoln was the in-form skipper winning 8 of the 10 races. Before the coffee break Brain Quinn (212) had gained four seconds, but following a minor gear failure, he couldn’t reproduce the same form.  In the first two races Philip McKluskey (107) followed Brian in third, but then Jenny Hand (269) finished third and won the fourth race when Mick faltered, with Brian second from Bert Whitehead (98) third.
The coffee break and warm clubhouse must have had an impact on some, in the next race Jenny and Philip became entangled; Mick was followed home by Garry Box (66), Jaquie Quinn (241) with Brian fourth.  Jenny came back in the 6th race finishing second followed by Brian and Philip. In races seven and eight Philip finished second ahead of Jenny. In the penultimate race Jenny finished ahead of Philip. In the final race Brian and Mick became entangled, and Jenny won from Philip, giving Philip third overall by one point from Brian.
Overall Mick Chamberlin won with 6 wins, followed by Jenny Hand, Philip McKluskey and 4th Brian Quinn.
The next Dragon / Rg65 round is on Saturday 13th February. 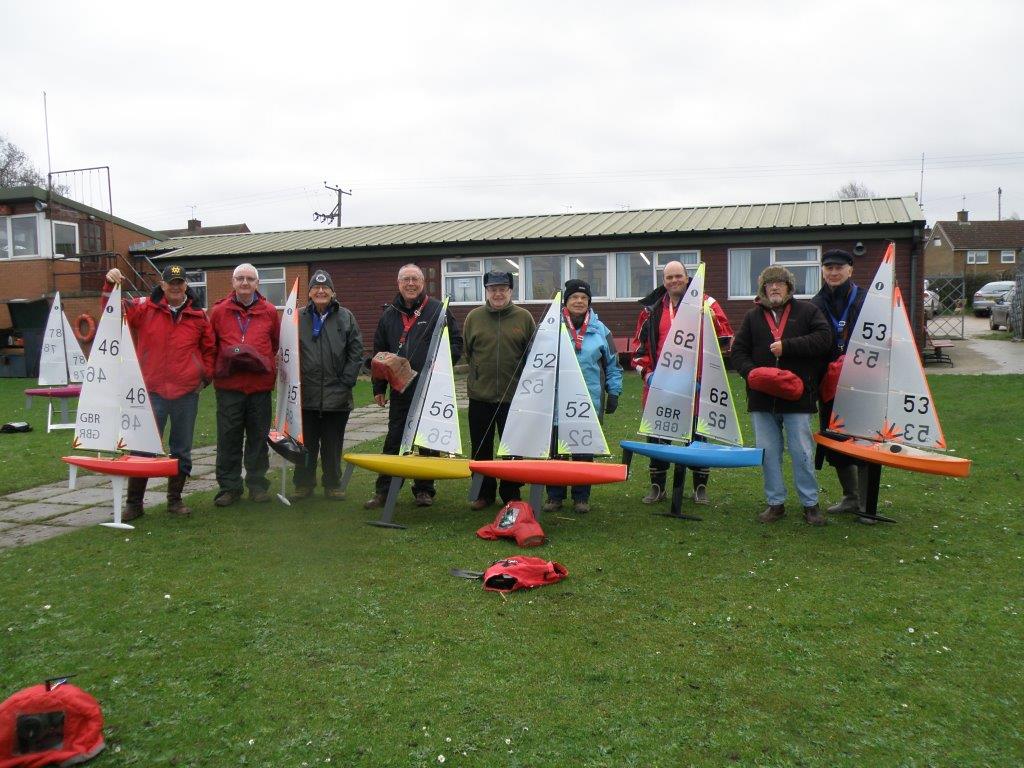